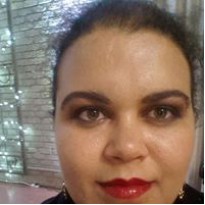 Tell the Wind and Fire Well, I knew coming in that SRB was going to break my heart, and she didn't disappoint.

I really enjoyed this book though. I was a little worried about the lack of sass in this story, but felt better as soon as Carwyn arrived. Carwyn is 99% sass, and I felt as though I liked Lucie more when she was with him.

Never really got a feel for Lucie, which disappointed me. She's a nice enough character and everything, but she didn't really grab my heartstrings the way Mae or Sin in TDL did, for which I can't blame her. She's a much more complicated character than either of them, and while she didn't immediately appeal, I think with a couple of months to grow on me and another reread or two, I could really come to love her.

I feel as though the book could have been longer, or maybe I'm just reading too fast again, because the story felt complete to me, and I can't imagine where else it could have ended. Or, for that matter, another way it could have ended (although I hate the ending with the fiery passion of a thousand suns and will never forgive Sarah for breaking my heart like this.)